One of the things I was most looking forward to in New York was the Disney Store. I absolutely love going in new Disney Stores, especially ones with exclusive merchandise! I had a rule in mind that if I had already seen it in the UK I wasn’t allowed to buy it. I wanted to make sure I spent my money on things I could only get in New York and didn’t want to end up using space or spending more on something I could get at home. I managed to stick to my rule and I am so happy with everything that I bought!

I had seen photographs online of the store and couldn’t wait to take some photos and see it for myself. The store is absolutely beautiful and I love all the different displays and magic. The Disney Store in Times Square is spread across 2 floors. One of the things I loved most about the store is the lanterns from tangled above the escalator. They were absolutely beautiful.

The first items that I picked up are all tsums tsums. They had a large selection of tsums tsums but I had seen images online of the New York exclusive ones and knew that I wanted to pick them up. I decided to get the box set of the two tsums tsums which I love! It comes with Mickey Mouse dressed in an Apple costume which is just too cute. I also love the taxi box they came in, so much so I am going to leave them both in the box. I was a little worried that it wouldn’t travel well but it came back fine in my hand luggage. The set cost $14.95.

They also had some New York exclusive individual tsums tsums. I picked up both of them, one of which is a Statue of Liberty Minnie Mouse. She looks so cute and she was one of the main things I wanted so I’m really happy I got her. I also got a Mickey Mouse with a ‘I heart New York’ t-shirt. Both cost $6.95 each.

If you didn’t already know, I have an addiction to Disney clothing. I seem to be unable to resist Disney t-shirts, hence why going in Primark is so dangerous. They had so many different t-shirts and jumpers in the Disney Store that it was inevitable that I was going to end up buying one or two… or three.

The first top is a Winnie the Pooh t-shirt. There were quite a few t-shirts part of an offer for $14 each. I had to get the Winnie the Pooh one because he is my favourite character and I don’t already own a top with him on so it was a must have! I decided to get a Medium (which fits well but the style is quite fitted) and I am usually a size 12 in the UK.

The second top I got I love! I really like the shade of red and I just love the design. They didn’t have a medium but I didn’t want to leave it behind so I decided to get a large. The large fits well and I’m actually glad that I got it in a Large because I really like how it hangs. It only cost $14 which I think is a great price for a top from the Disney Store. 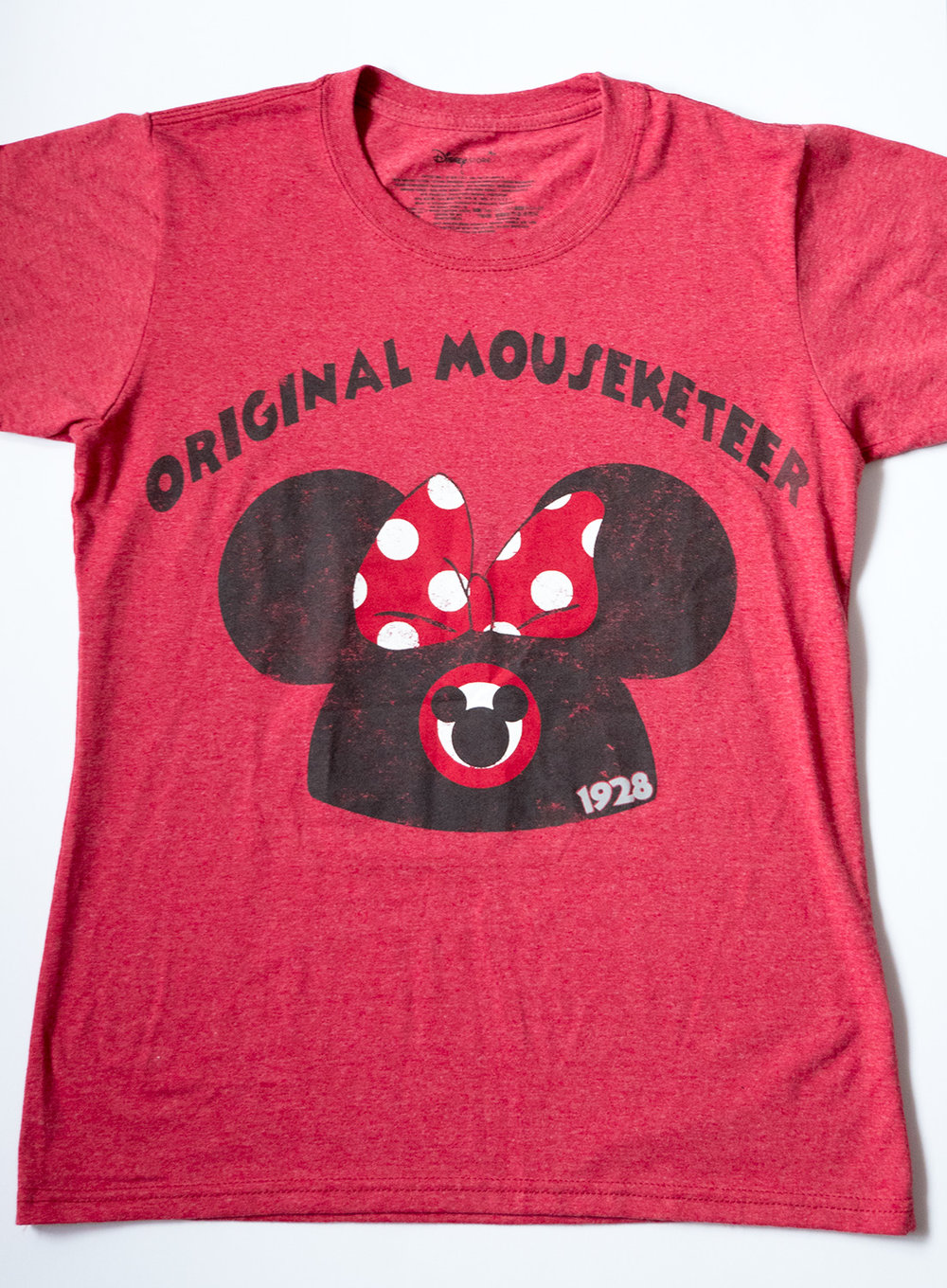 Last but not least is a top that I saw when I first went into the Disney Store and absolutely loved. I bought it in a Medium and it has quite a baggy fit but I love how it looks. It is so comfortable and I love the design. It is one of my favourite Disney tops now and I know I will get so much wear out of it! It was the most expensive item that I bought in the Disney Store as it cost $29.95. 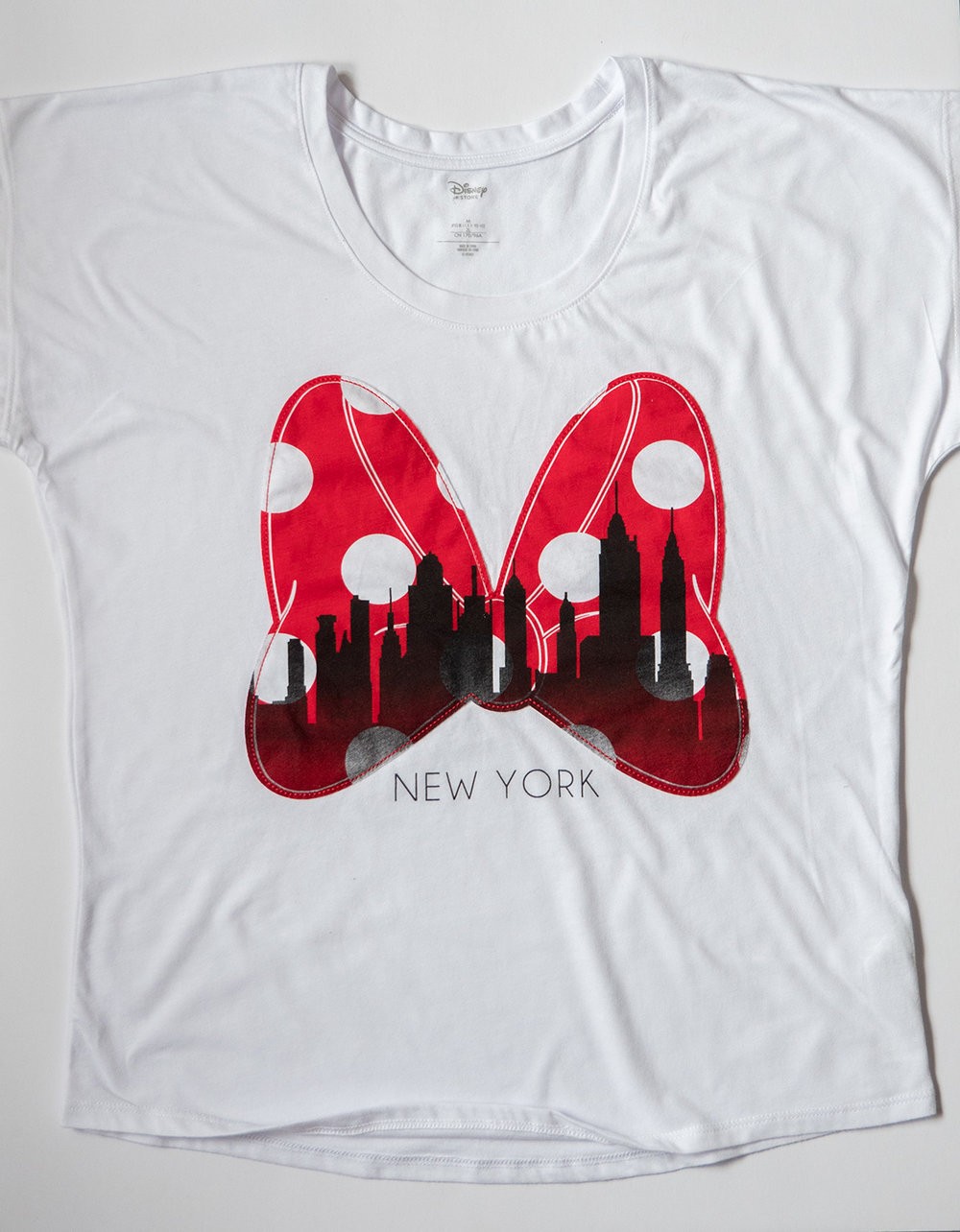 I made a second visit to the Disney Store on our last night in New York. It was Saturday night so the store was extremely busy. Luckily I wasn’t browsing as I had two things that I wanted to get so I headed straight to them, picked them up and headed to the till. If it is busy I would recommend trying the till upstairs in the back left hand corner as it was a lot less busy and way more organised. Although the wall of Soft Toys is right next to the till which was extremely tempting!

The two items that I bought I am so happy I decided to go back for. I bought the Statue of Liberty Minnie Mouse and the Mickey Mouse with the ‘I heart New York’ t-shirt. They cost $18.95 each and they are most likely the medium size soft toys. They are the perfect size as they don’t take up too much space but they aren’t too small either. They did have them in a much smaller size as well. I am so happy I decided to pick them both up. I regretted not getting them as soon as I left the Disney Store the first time but I wanted to see how much money I had left before getting them. I spent money during the week with going back to the Disney Store in mind and I am glad I did. I would definitely recommend getting them if you are ever visiting New York! They are both so cute and are a perfect reminder of my trip.

I am so happy with all of my Disney Store purchases that I made during my trip to New York!  I hope you enjoyed seeing an insight into the Times Square Disney Store and some of the merchandise available there.