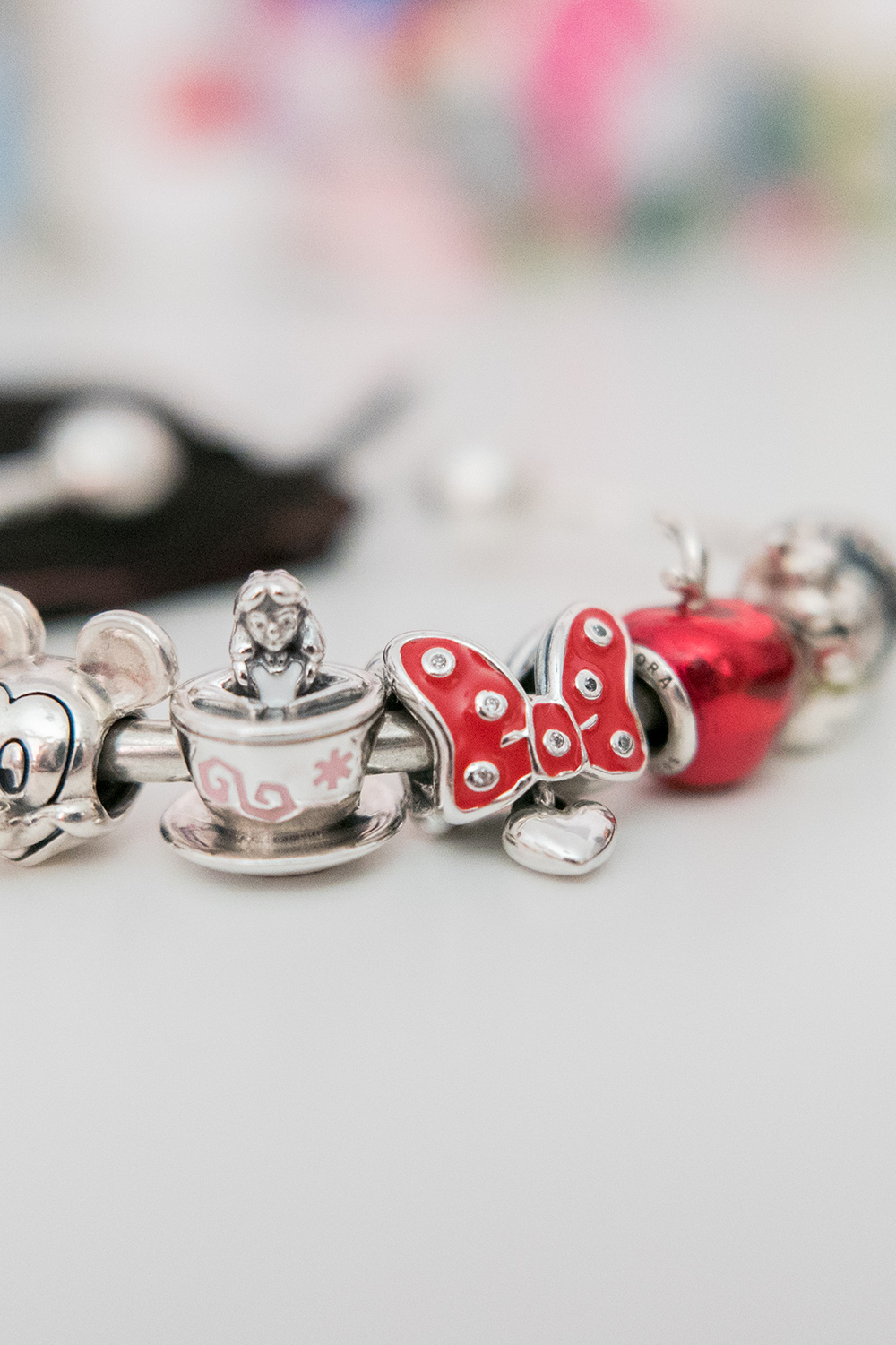 One of the parts of going on a Disney trip I look forward to the most is buying new merchandise. My room may be bursting at the seams but that will never stop me, there is no such thing as too much merchandise. I had a few specific items in mind that I wanted to buy this trip and I’m so happy with everything that I bought. I will try to include detail of prices and where I bought each item where I can.

If you would like to see what I bought on my trip to Disneyland Paris last year, then you can read the post here.

I’ll start with the piece of merchandise that was actually a gift. My Mam told me that she wanted to treat me to something during our trip that I could keep to as a reminder of our holiday together. I collect Disney Pandora charms so she generously offered to buy me a charm for my bracelet. It was such an unexpected gift that I appreciate and love so much. I’m really happy that I picked the Alice in the Teacup charm. It is beautiful and different to any of the other charms I have. It is from the Disney Fashion store in the Disney Village. It cost €49.99 and is a Disney Parks exclusive charm, which is written on the bottom of the cup.

I bought myself another Pandora charm as they are honestly my favourite Disney merchandise to collect when visiting parks. I bought it from the Pandora store in the entrance to Walt Disney Studios Park. It is a Disney Parks exclusive charm which I had never seen before. It cost €69.99 and has Disney Parks written on the side.

I bought a Castle shaped necklace Sir Mickey’s Boutique in Disneyland Park. They had the necklace in both silver and gold. It was stocked in a few different locations including The Emporium on Main Street USA. It was labeled the colour Green which means it cost €17.99. I’ve worn it everyday since and I love it so much.

Many of the pins available where the same as last year. I did of course have to pick up a few though as I love collecting them so much.

The first pin I picked up is the Hotel Cheyenne Pin as that is the hotel we stayed at during the trip. It is a Blue coloured pin (€12.99) and I saw it in most of the stores across the parks. 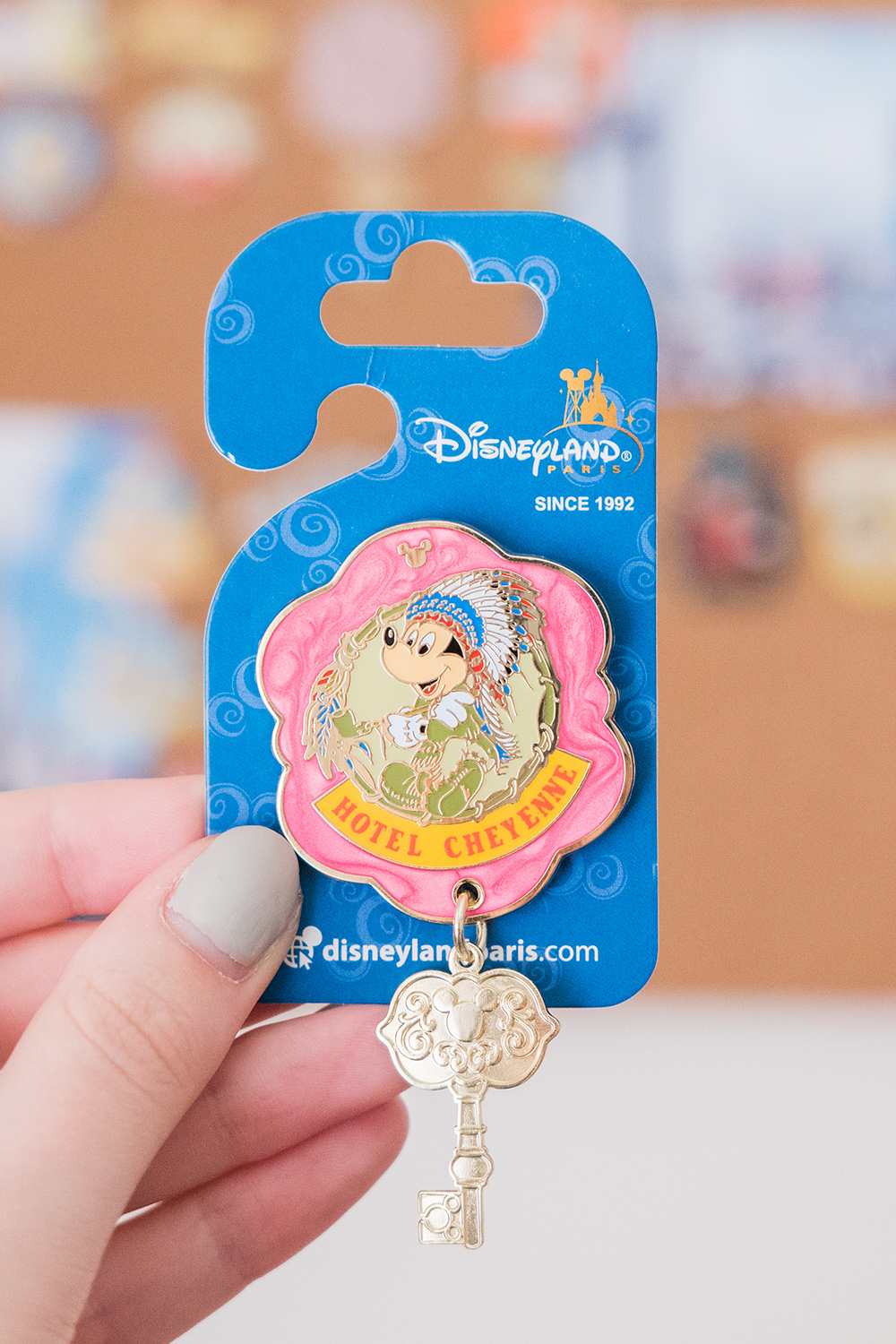 I stayed at the Hotel New York during an one of my first trips to Disneyland Paris, but I didn’t have a pin that matched the others. Seen as though the Hotel New York will probably have changed to the Marvel Hotel by time I go next, I thought I would pick up the pin during this trip. It cost the same as the Hotel Cheyenne pin as it is also labelled Blue. 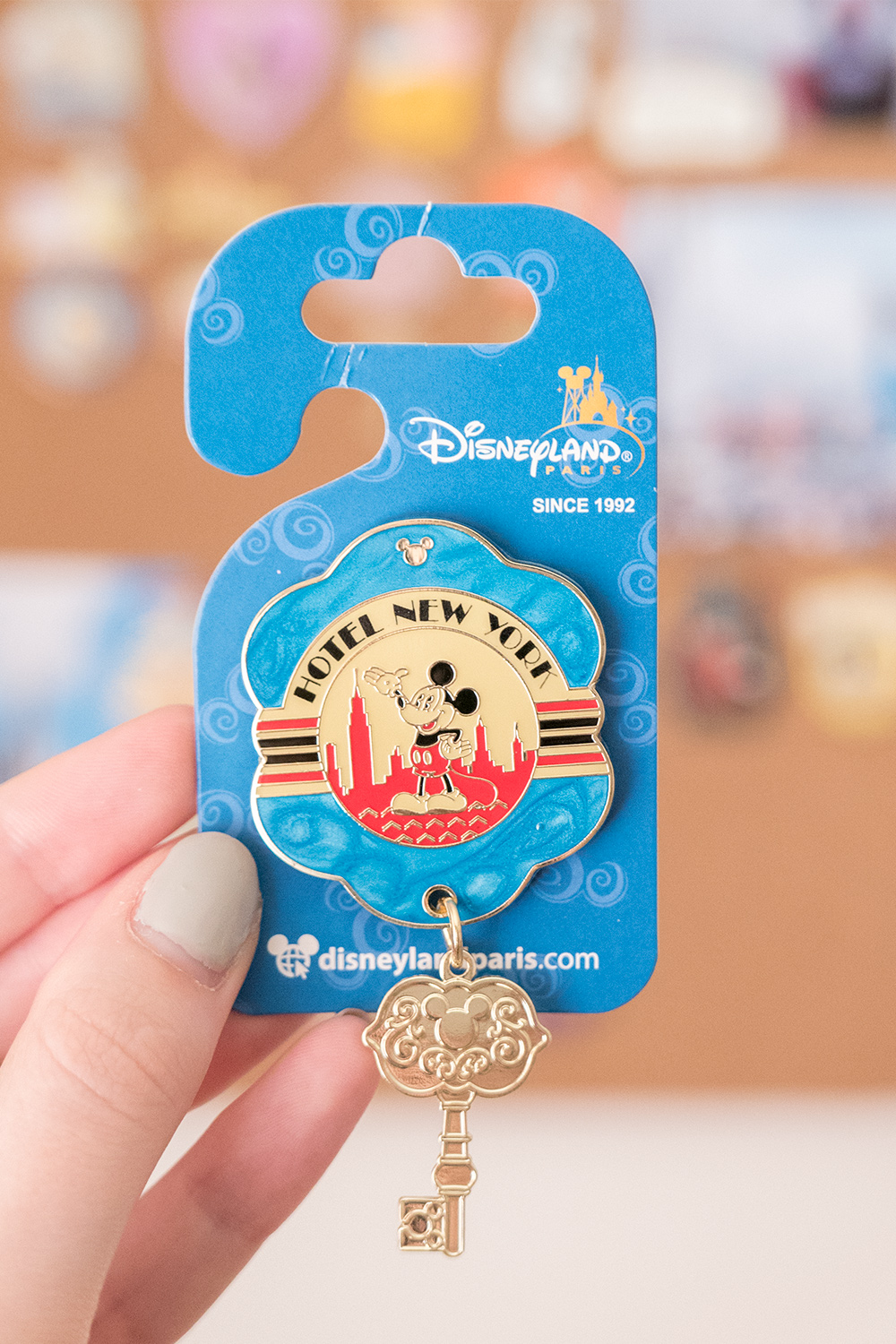 I like to have a pin to show the year of the visit, and they had quite a lot of different ones to pick from. I decided to go for this particular pin because I really liked the overall design. You can’t beat a pin with the castle and Donald Duck. The pin is labelled Yellow, €12.99. 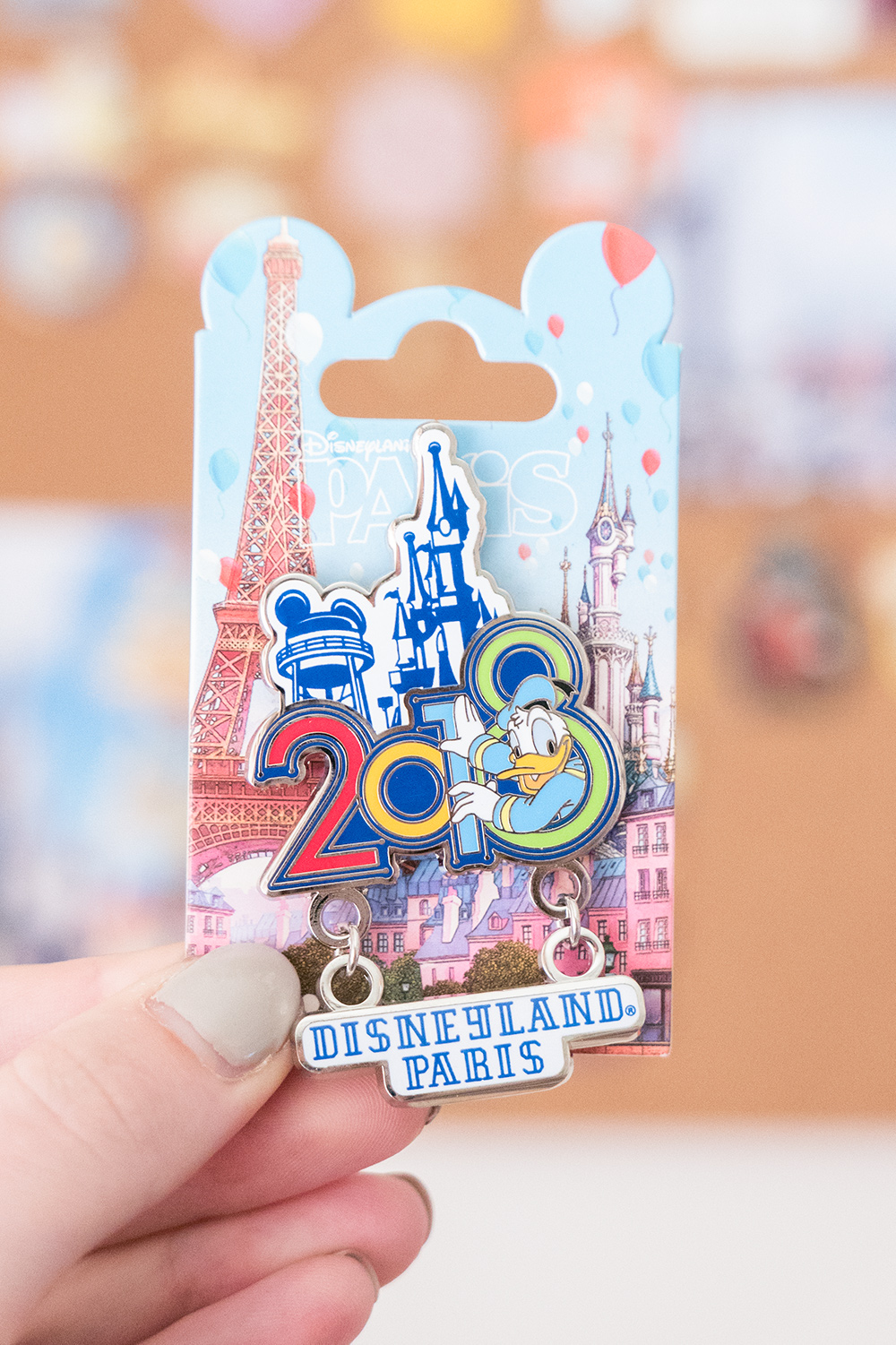 I finally picked up a Mary Poppins pin that I looked at whilst visiting Disneyland Paris and Walt Disney World last year. I’m so glad I got it eventually. It is such a cute pin and I love Mary Poppins so much. It was one of the cheapest pins as it is coloured Green, €9.99. 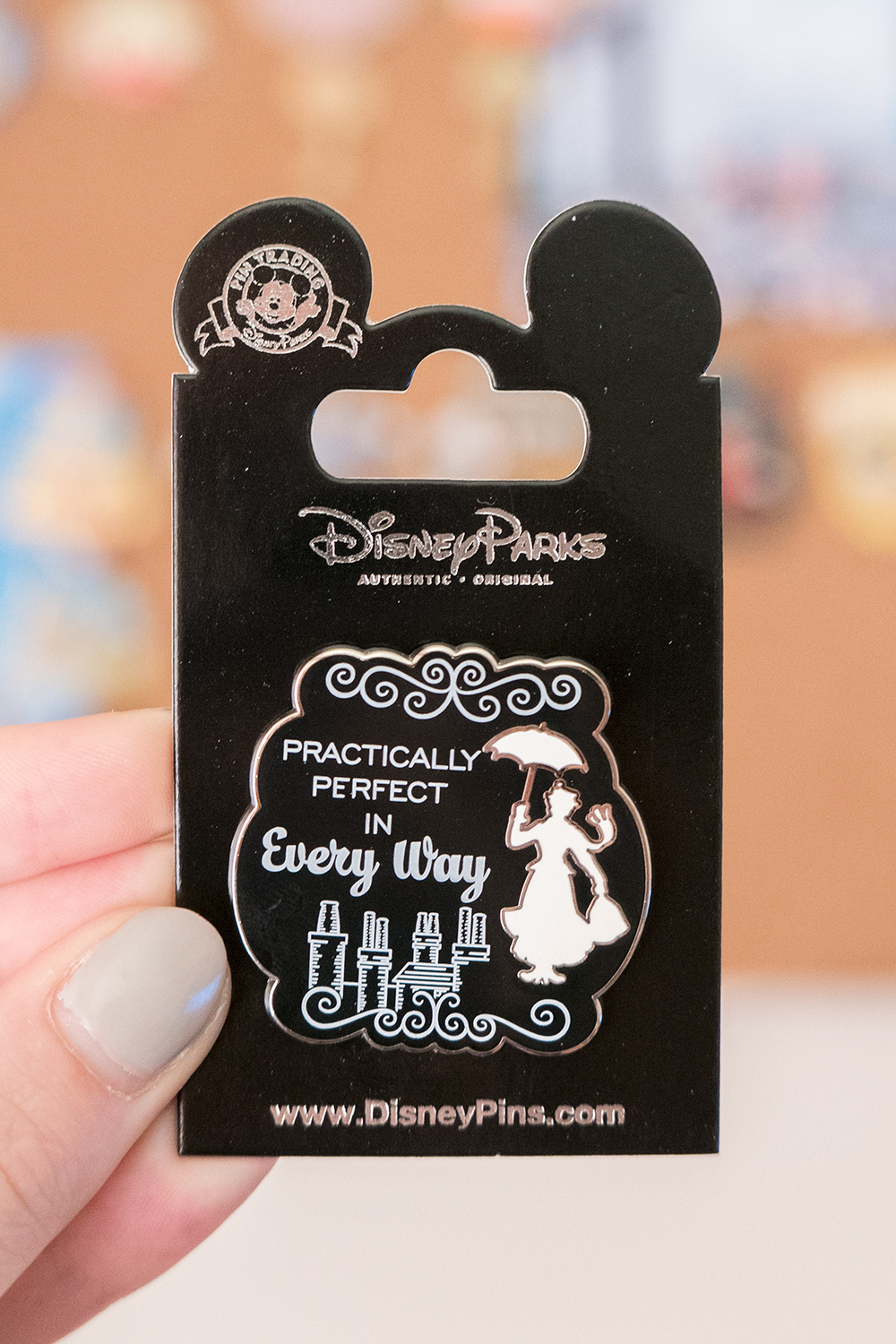 Another Green coloured pin that I picked up is the Mickey Mouse pin from the Eiffel Tower collection. They had a few different character designs but I love Mickey Mouse so couldn’t resist it. It is such a simple but beautiful pin. I’m impressed I managed to only pick up one from the collection to be honest! 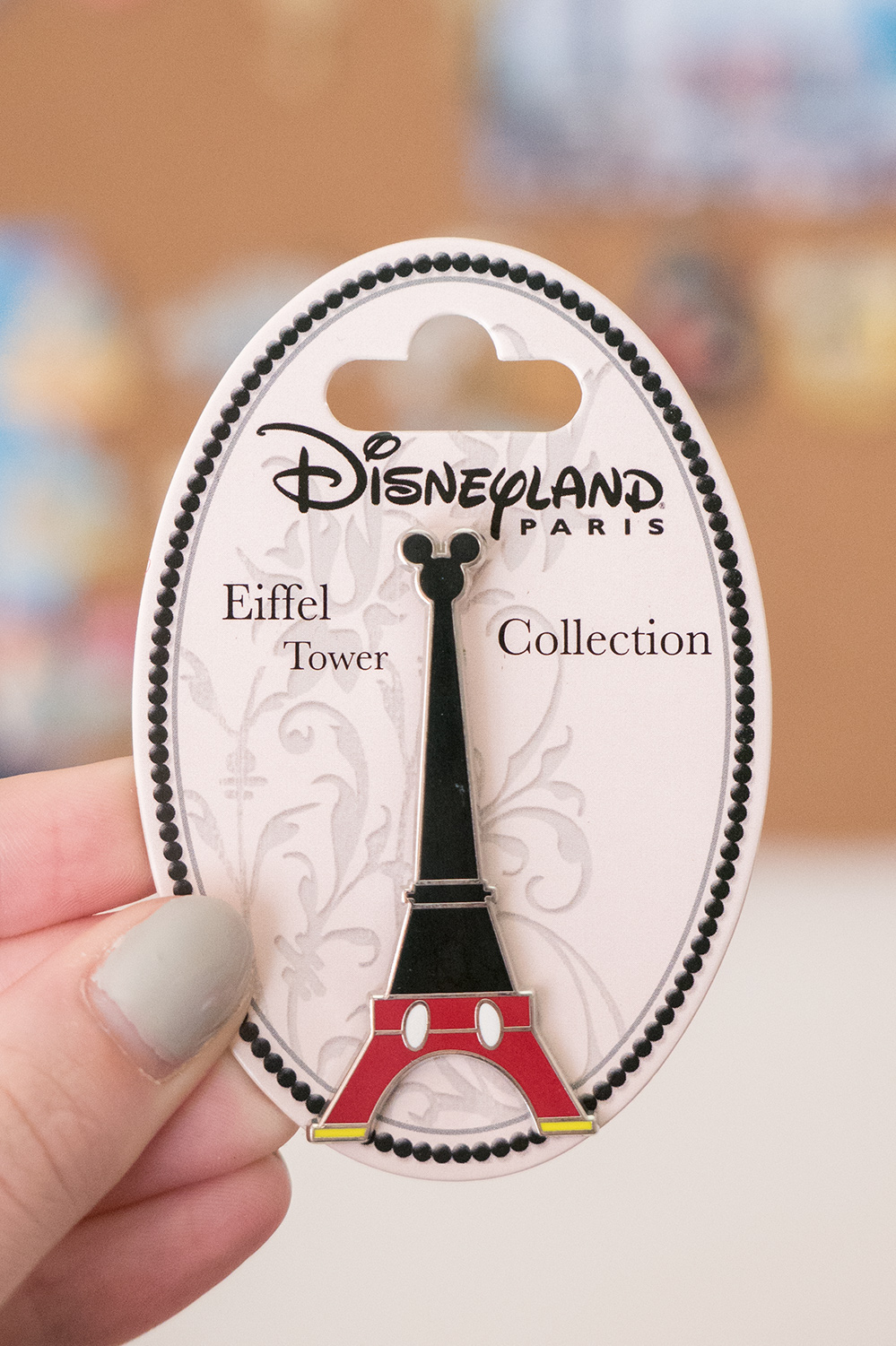 The last pin that I picked up is a beautiful Minnie Mouse pin. I absolutely love it, it is such a pretty design. It is a Yellow coloured pin so cost €12.99. 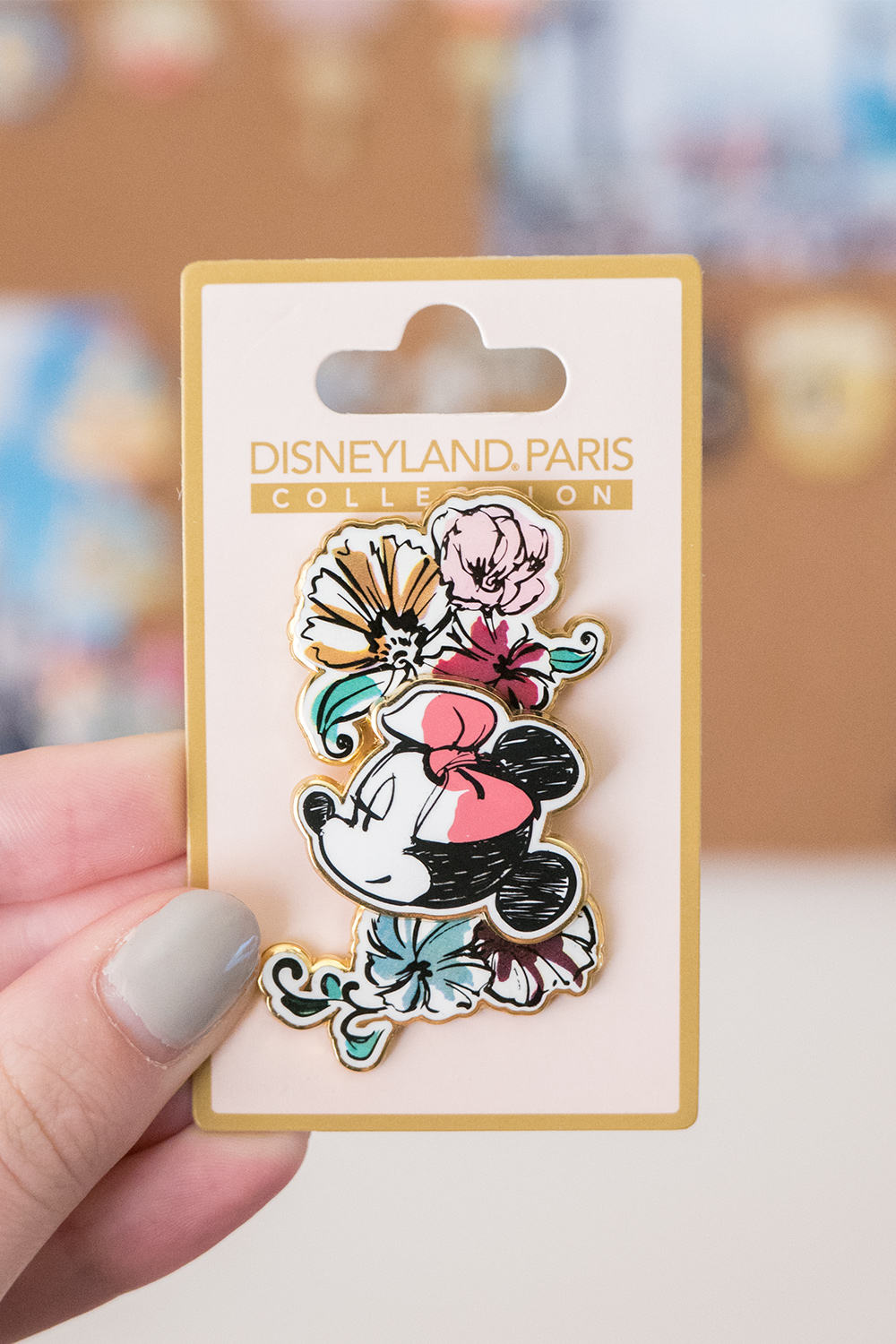 I managed to be quite restrained when it comes to plushes this trip. Mainly because I wouldn’t have anywhere to put a medium sized plush! I bought the most adorable Pluto ever and he only cost €9.99. He is super soft and cute. They had a few different characters in the range as well including Thumper from Bambi.

I bought one other plush which is Groot from Guardians of the Galaxy. I love him so much! He is such a nice size, and very cute! I spotted him in the Emporium on Main Street. I bought me and my brother a one each because we both love the character. The cost was €11.99. 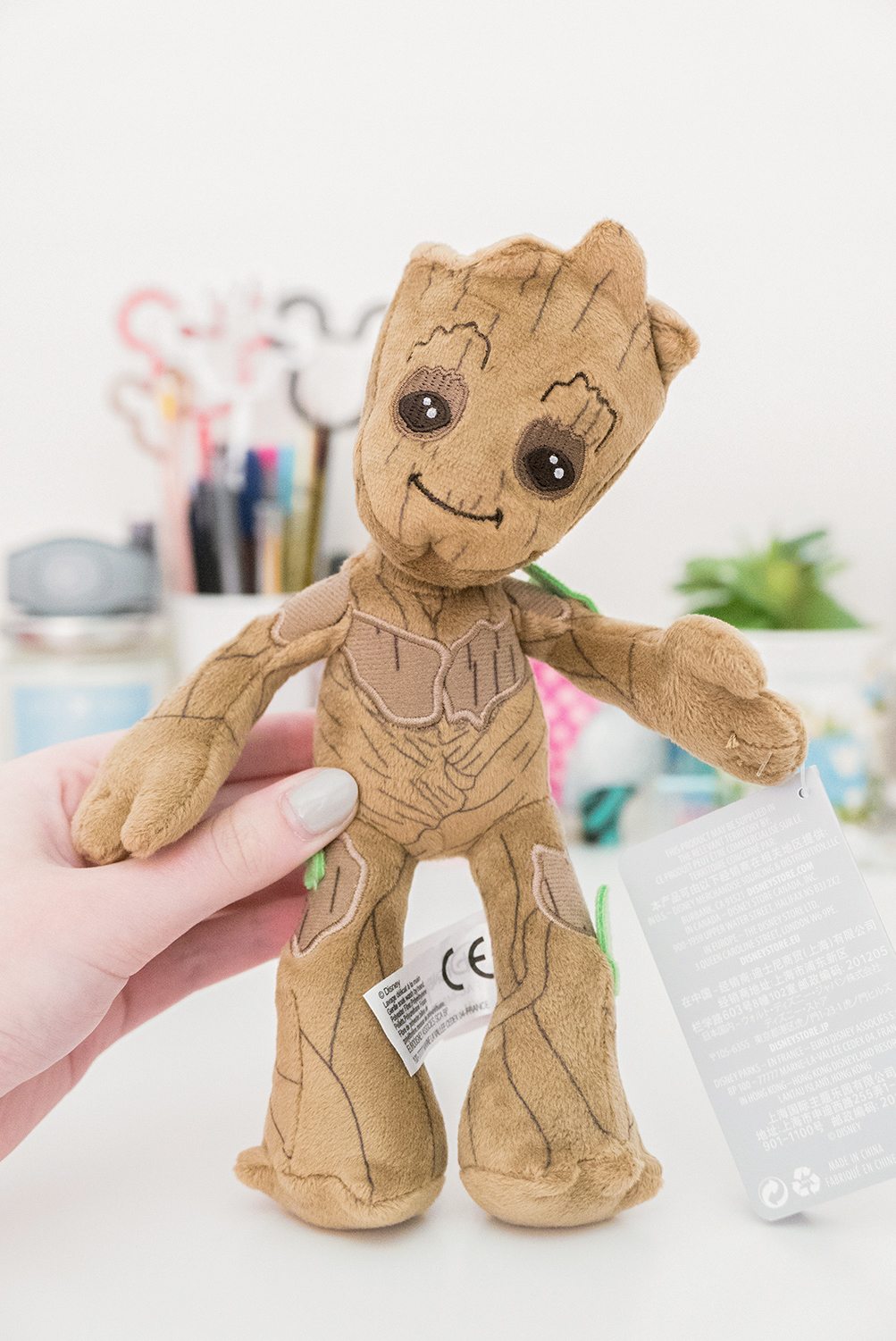 I bought the most adorable G-Tech Sulley. He is primarily a phone holder, either portrait or landscape. It can also be used other items such as; glasses which is mainly what I use it for. The arms are a snap-band style and the bottom is a screen-cleaner. He is ridiculously cute and I love him so much! The also sold a Lotso and Alien from Toy Story version. They cost €16.99 each.

I managed to come home with just one mug, which feels like quite the achievement. I only saw this mug in one shop, Chez Marianne opposite the Ratatouille Ride. It cost €7.99 (from €15.99) as part of a deal when you spent €20. It is a huge mug and I love the design and colours so much.

They have the most amazing range of bowls in Disneyland Paris of different characters nose/mouth. From what I can remember they had a Bullseye, Cheshire Cat and Stitch one. I couldn’t leave the Remy one behind though. It cost €12.99 and I’m a little obsessed with it!

Disney t-shirts are generally a weakness of mine. I had seen this t-shirt so many times and I knew I had to find one. They had them in a couple of different stores at the time, including World of Disney and The Emporium. The quality is amazing and super comfortable to wear. I love the design, and €25.00 is such a great price for top, I’d have happily paid more. 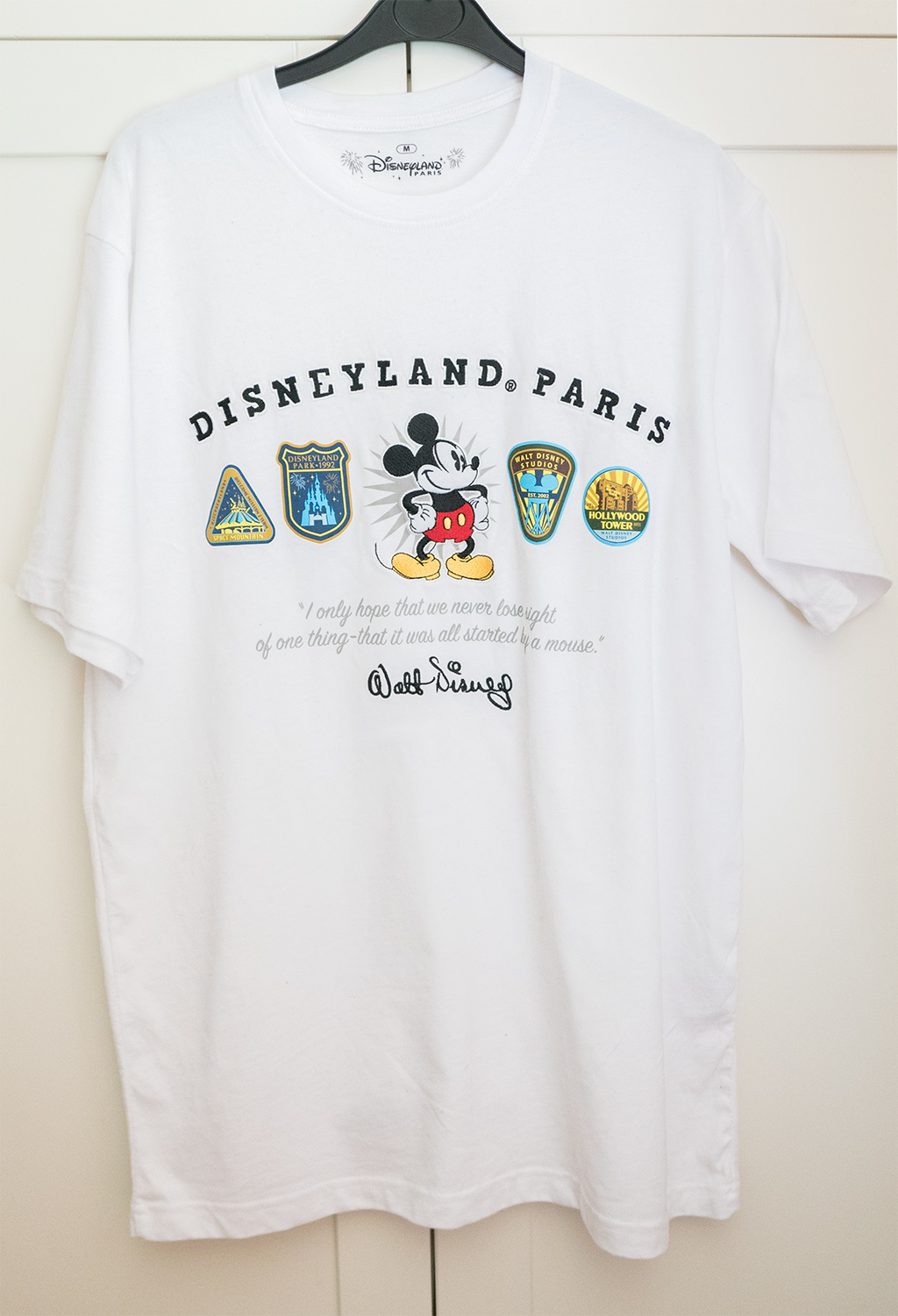 I of course had to visit the Disney Store and pick up a couple of pieces. A lot of the merchandise is the same as here in the UK so I didn’t feel the need to buy much. I picked up a cute Winnie the Pooh pencil for €3.50 and a coin which cost €4.99.

I hope you enjoyed seeing the merchandise that I bought and that it helps if you are visiting soon!