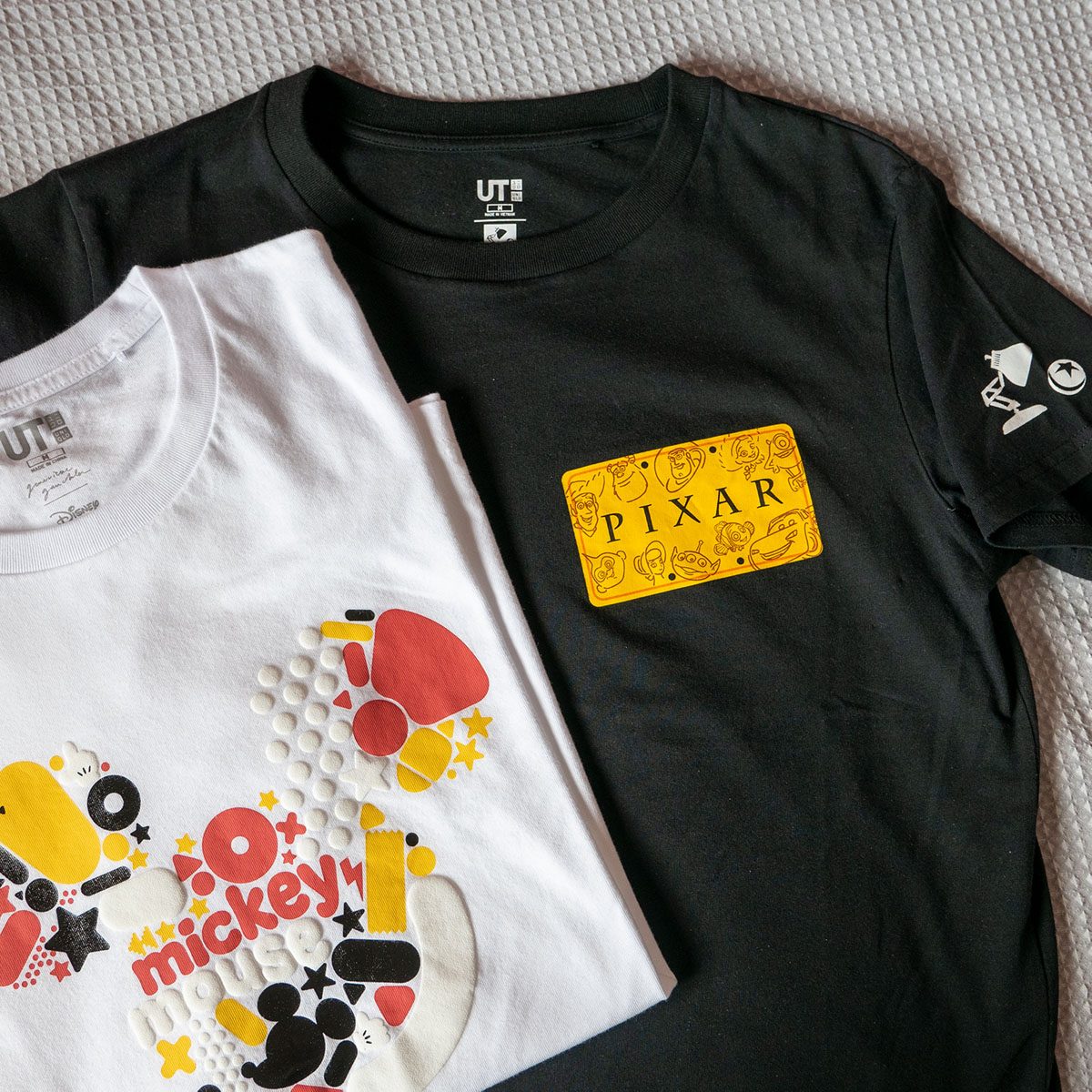 It is no secret that I am a huge fan of Uniqlo and their amazing Disney collections. I couldn’t even tell you how many I’ve collected over the years.

The most recent collection to be released by Uniqlo is a Pixar range. The majority of my favourite Disney movies are actually Pixar ones, so I was ever so slightly excited when I saw the new collection, my bank however was a bit more concerned!

I don’t have a Uniqlo Store anywhere near me so I often have to order from the Uniqlo website. I don’t know about anyone else, but I find ordering online quite difficult. You never know the quality, the fit or how reliable the delivery will be.

I recently made a small order, and I thought I would share a little bit about my impressions of the quality, fit etc. as well as a comparison between a ‘womens’ fit and a ‘mens’ fit to help anyone who isn’t sure about making an order because of the potential difference between the two.

I’ll start by saying that the Disney and Pixar collections aren’t categorised in any obvious way on the Uniqlo website. I think this is a massive oversight on their part, as I’m sure people are more likely to purchase if they could find the products easily to start with!
Just search ‘Pixar’ if you are looking for, the Pixar range of course. If you are looking for other Disney pieces, then as you would expect, all you have to do is search ‘Disney’. You’ll find a whole range of womens, mens and kids clothing that is primarily Mickey and Minnie. It is worth noting, a lot of the general Disney collection is now in the sale so definitely worth a look.

I am typically a UK Size 12. I prefer a slightly looser fit, but I’m not a fan of tops that are hugely oversized. I bought both these tops in a Medium.

WOMEN PIXAR VACATION UT GRAPHIC T-SHIRT, (£12.90) you can buy a Men version of the top, which is white and the design placement is slightly different.

I struggled for so long deciding which Pixar top I wanted. I’m so happy that I settled on this one though as the design is perfect! I would have preferred the top to be white, but the white version had the Pixar tag on the back which I wasn’t a fan of. The placement and design of this one though is exactly what I wanted. Subtle, fun and who doesn’t love the Luxo Lamp and Pixar Ball? I can imagine I’ll get a huge amount of wear out of this top. I’ll be wearing it to see Toy Story 4 to start with!

MEN MICKEY ART UT GRAPHIC T-SHIRT, (£9.90 from £12.90) you can also get a Women version which is Minnie Mouse rather than Mickey.

As one top wasn’t quite enough I also picked up one of the mens Mickey Mouse t-shirts. Even though the design is very fun, colourful and abstract, I still think I’ll find this a really wearable design. As you can see some of the design is printed and some embossed which I really like, it makes it that little bit different.

Potentially one of the most import things is that the quality of both t-shirts is perfect, especially for the price. If you’ve bought Disney tops from Primark, the ones from Uniqlo are of a higher quality in my opinion. It is also nice sometimes to have something a little bit different than what everyone is buying in Primark.

To put it in perspective, I have tops from Uniqlo that I’ve had for about 2 years now and they are still as good as new. I will say that from this order, I’ve noticed that the mens fit (White Mickey Mouse), does feel ever so slightly thicker than the one that is the womens fit (Black Pixar), but only marginally. For £12.90 at full price, they are excellent value for money in my opinion.

As you can see from the previous photograph, there is quite a difference in the size and shape of the tops. The variation between a men’s fit and women’s fit is more than you might imagine. Overall the mens fit is bigger, slightly loser and an overall more boxy shape than the womens top. The fit is much more what you’d expect from something that is labelled as unisex.

As you can see, even the sleeves have a different length and shape to them. In terms of the length, there is about 1.5 inches between the two. The mens fit is also not as fitted to the arm compared to the womens.

In terms of the width of the two tops, there isn’t a lot in it. I would say that when I’m wearing the mens fit, it does feel like it fits a little looser, but there isn’t a massively noticeable difference.

The length is the biggest and most notable difference between the two. There is between 2-3 inches extra on the length. The Black Pixar womens fit, sits comfortably on my hips (so not cropped, yey!), the white Mickey Mouse mens fit, goes past my hips but doesn’t quite cover my bum.

Overall, I’ve found them reliable for amazing designs, perfect quality and I’m definitely a loyal buyer from them. Also, I was very surprised by the delivery. My order came in just 2 days with standard delivery!
I will say, if you like a design, I wouldn’t want too long to purchase. I’ve found that they seem to randomly remove the collections from their website with no notice. I’ve made the mistake of waiting before and missed out.
Whilst I’ve discovered quite a difference between the designs on a mens t-shirt vs a womens t-shirt, they both fit well and comfortably. No cropped t-shirts in sight is just how I like it 😂 Any questions just leave them in the comments and I’ll get back to you as soon as you can 🙂