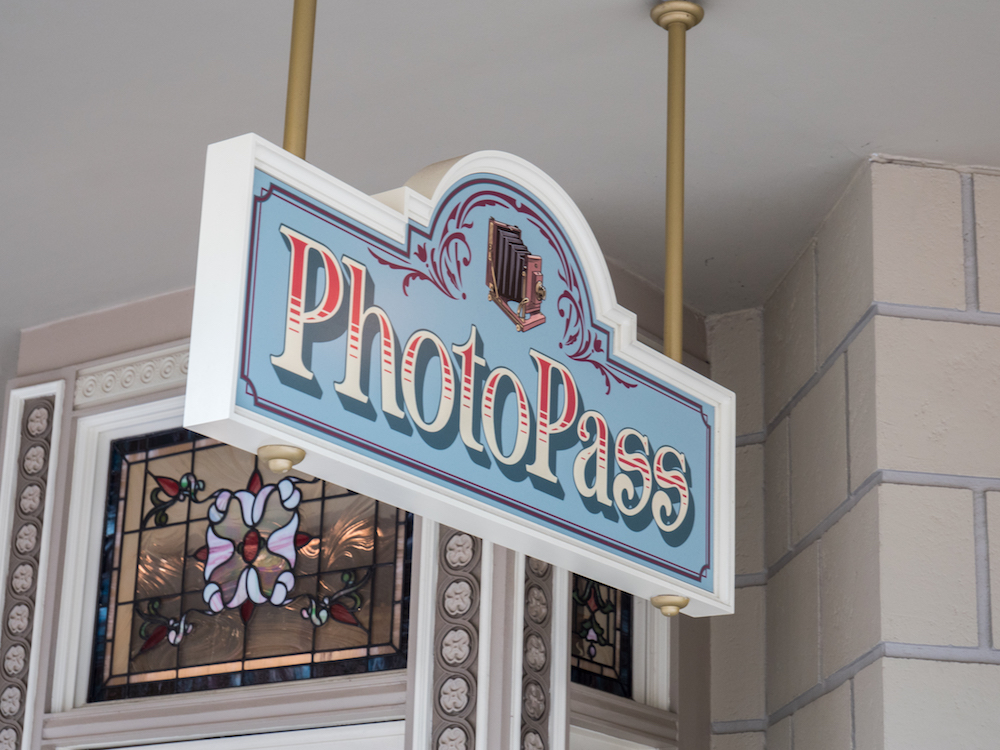 When me and my friend went to Disneyland Paris in May we decided to get the Photopass. Photopass is a service which you can add to your Disneyland Paris holiday at an extra cost. You can either add it to the original booking of your holiday or you can purchase it whilst in Disneyland Paris.

The idea is that there are photographers around the park which will take your photograph with characters. The photographer will then scan your Photopass Card and you will be able to access your photographs online to be downloaded. You can also get photographs from some of the rides in Disneyland Park and Walt Disney Studios Park.

We added the Photopass to our original booking of the holiday and it cost us £50. We had one Photopass to share between the two of us.

As we had the Photopass as part of our booking, we received a ticket upon check-in to the Santa Fe Hotel which we could take to any shop in Disney and redeem for our Photopass. We decided to take it to the shop in the hotel so we had the Photopass ready before we went into the parks. It was quick and easy to get and the cast member explained everything to us clearly.

As part of the package we were given a standard sized card on a lanyard and two smaller keyring style Photopass cards. We kept one of the smaller cards each and then the larger card on the lanyard I kept in my backpack incase. I have kept the cards after the trip which is nice to keep as a souvenir.

By having the Photopass you are able to download the photographs from meeting characters and from some of the rides.

You can download a free app to your phone which allows you to access your photographs on the go. When you download the app you will have to create an account which you can then link your Photopass to.

When you meet the characters the cast member will scan your Photopass card and the photographs will then be added to your account.

The photographs from meeting characters took a few hours to be added to the account. Once on the account you can then view the photographs in the app and you can download a low quality version to your phone camera roll.

Whilst I didn’t personally experience this, some people have experienced their photographs not appearing on the account after a meet and greet. It is worth checking the app regularly after meeting a character with a Photopass to check you have your photographs. If you notice you haven’t got your photographs then I would definitely ask a Cast Member about your images before you head home.

The rides that have Photopass are…

– Adding photos to your card –

There are two ways to add your attraction photographs to your Photopass account.

At the end of attractions with Photopass, there are screens at the exit of the ride with the photographs on. The photographs each have a number and a QR code.

Alternatively, you can use the Photopass app to scan the QR code on the photograph which will add the photo to your account automatically.

I preferred using the app to scan the QR code. It meant I didn’t have to try and remember the number and queue for a cast member. I loved having the app and being able to quickly share a copy of the image with my friends and family.

We have photographs from quite a few rides. We went on Space Mountain twice so have a photograph from each time. We also went on Rock ‘n’ Rollercoaster twice so have two photos from that ride. We went on Tower of Terror and when we went to get the photograph we were told that the camera in the elevator was broken so we didn’t have a photograph. The cast member apologised and said that maybe we could come back and get a photograph next time. It was a little disappointing that our first ride on Tower of Terror wasn’t captured and nothing was done in return. We didn’t have time to ride again that day but luckily we had time to return a different day.

I personally really love the ride photographs. It is great having a photograph from when you have ridden a ride for the first time. I love seeing the reaction on our faces as the photograph has been taken. They are a great souvenir to have of the trip. 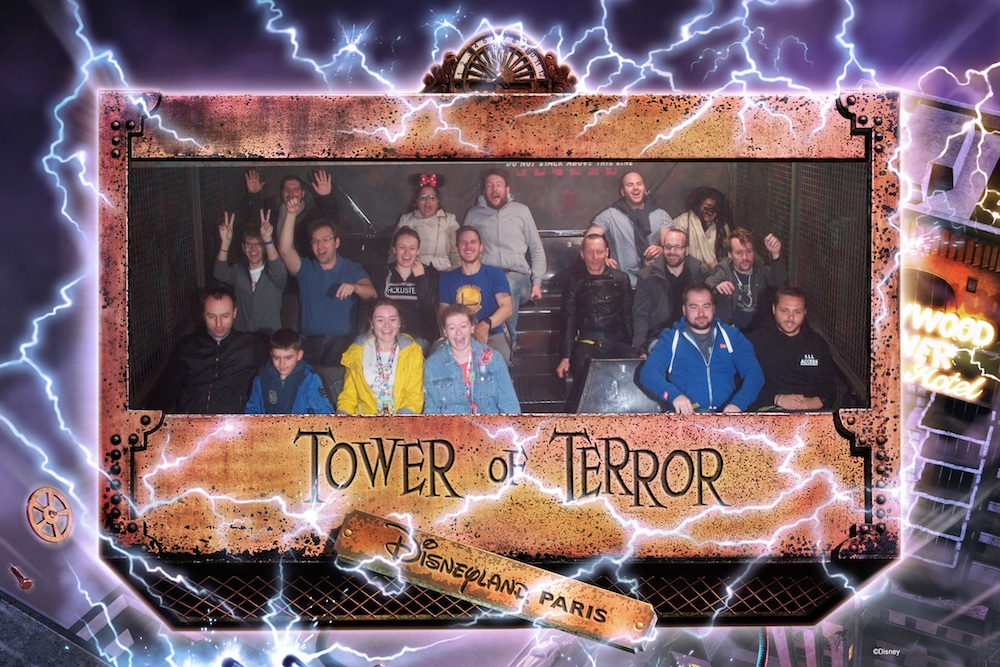 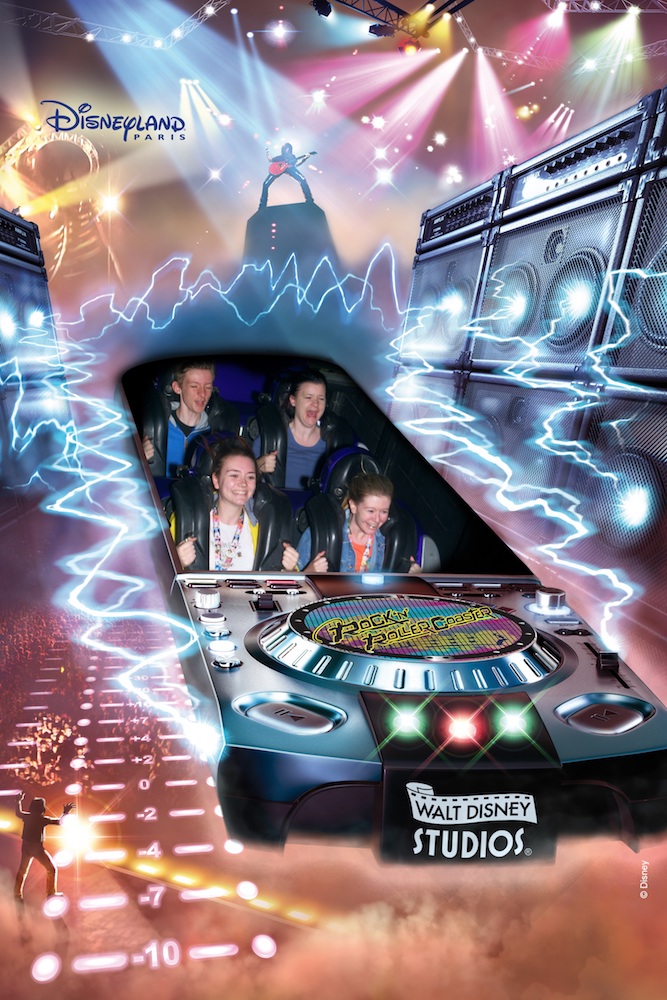 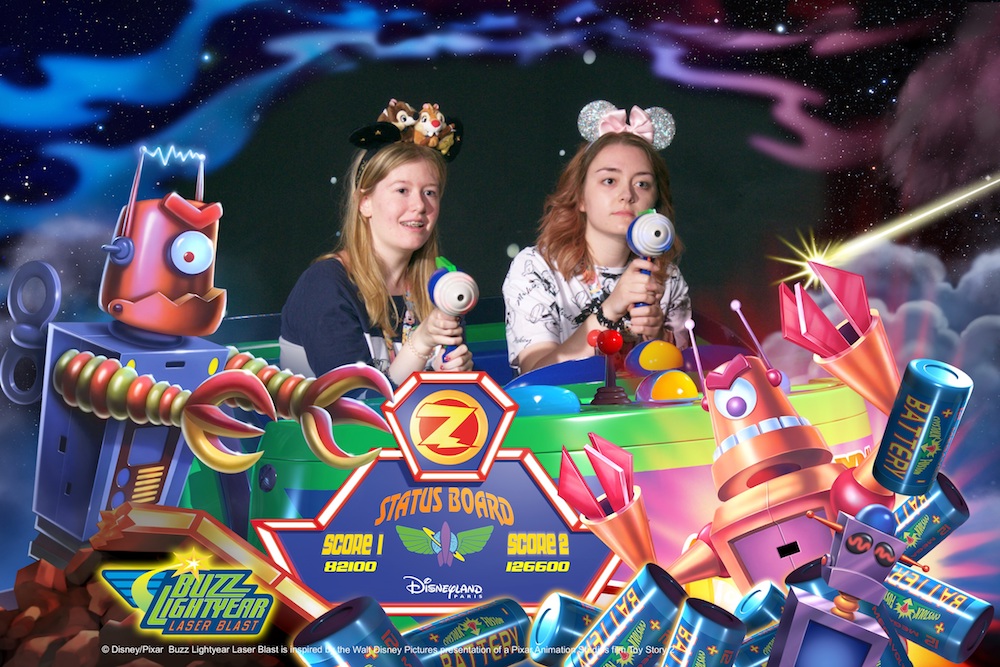 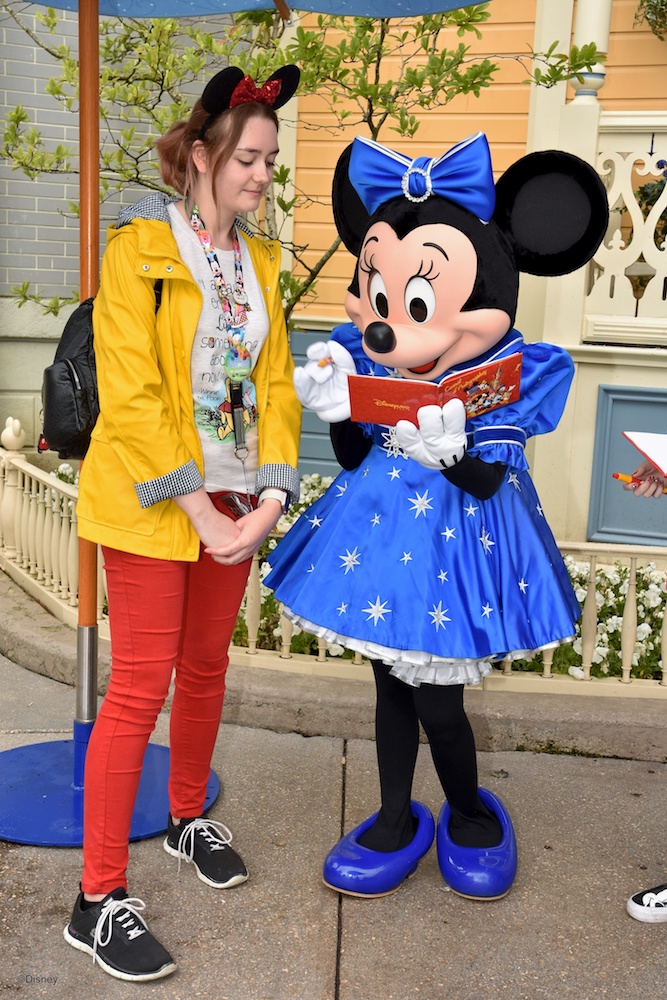 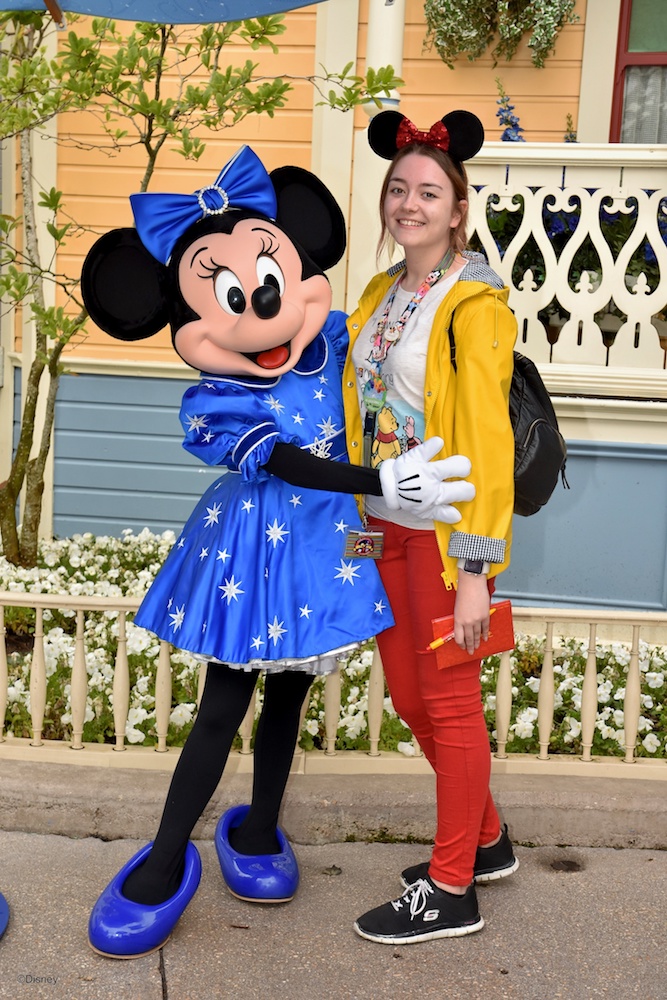 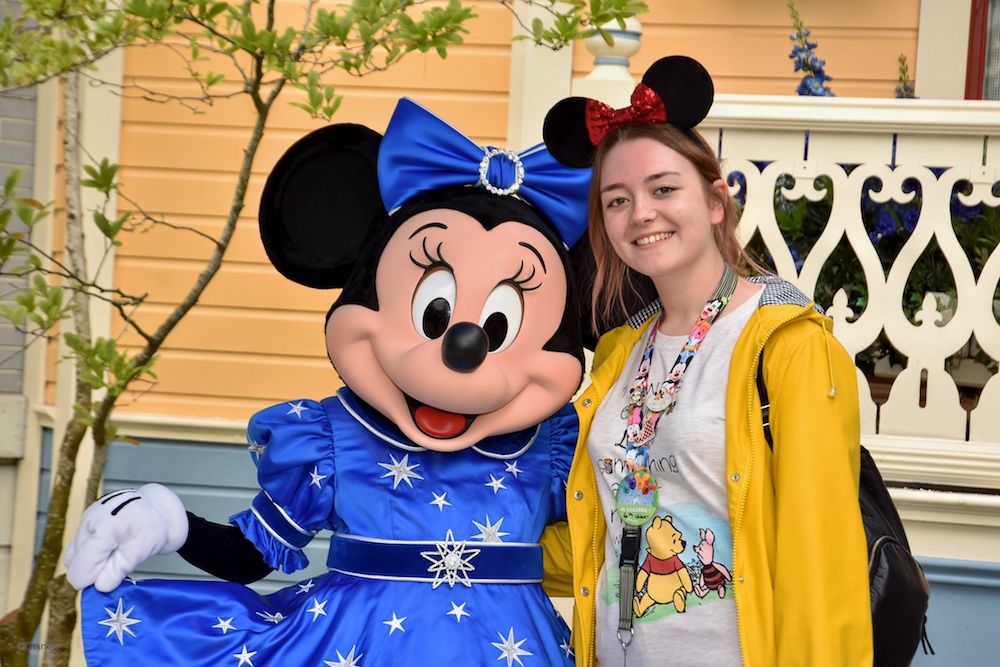 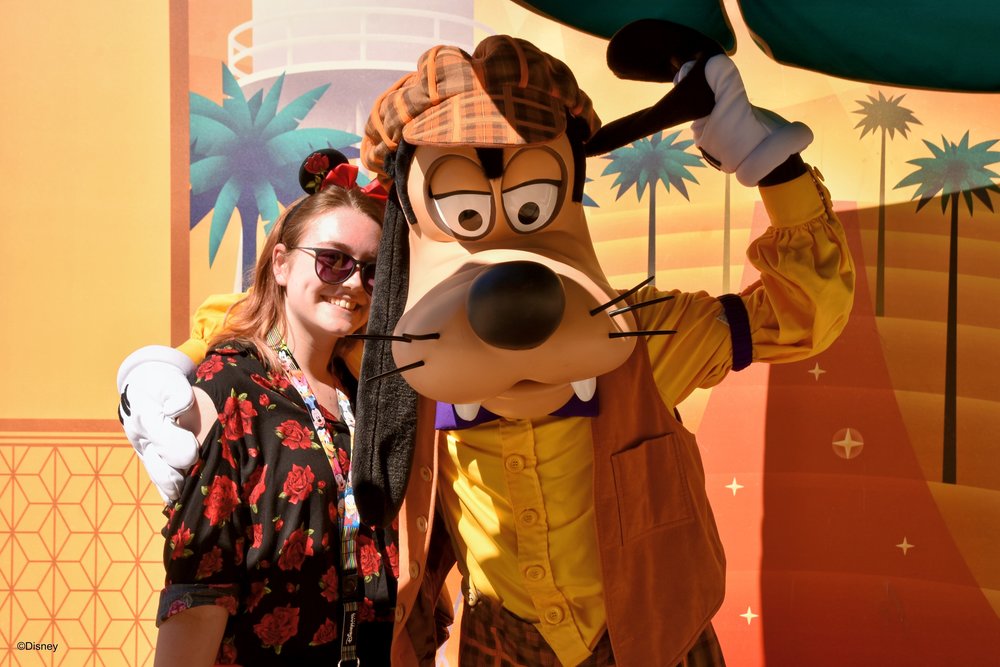 Would I get the Photopass again?

A lot of people are disappointed with the Disneyland Paris Photopass because they have experienced the service in Walt Disney World. I have been to Walt Disney World and I have to agree that the Photopass service is done amazingly well there. In WDW you can see Photopass photographers all over the parks taking photographs of guests in a variety of locations in the parks. There are also photographers with nearly every character. It is very uncommon to find a character without a photographer. The Photopass in Disneyland as a result was a little disappointing as there isn’t always a photographer at character spots and when I visited there were no photographers in general park locations. I know that they are starting to add more general photograph locations across the park, in front of the castle for example, which I think will definitely improve the Photopass service.

Despite the faults, I am still glad that we had the Photopass. I love the ride photos and the photographs with Minnie Mouse. If I were to buy all the photos separately I would have spent a lot more money than I did for the Photopass. It was easy to add the photos to your account and I loved that I could share them with friends and family quickly because I had the mobile app. I personally have never been a massive fan of the frames the photos come in when you buy them after the ride so a digital download is a lot better for me personally.

We were there 4 nights, 5 days and have 34 photos between us including both rides and characters. I have downloaded all the images from the website (which you have 1 full year to do) and I am over the moon with them all. I would definitely purchase the Photopass again. If I didn’t have the photographs from the trip I would be extremely disappointed as I love them all so much. I think that it is worth the money especially if splitting the cost with whoever you are visiting with. Me and my friend split the £50 cost so it only cost me £25 which is excellent value in my opinion.